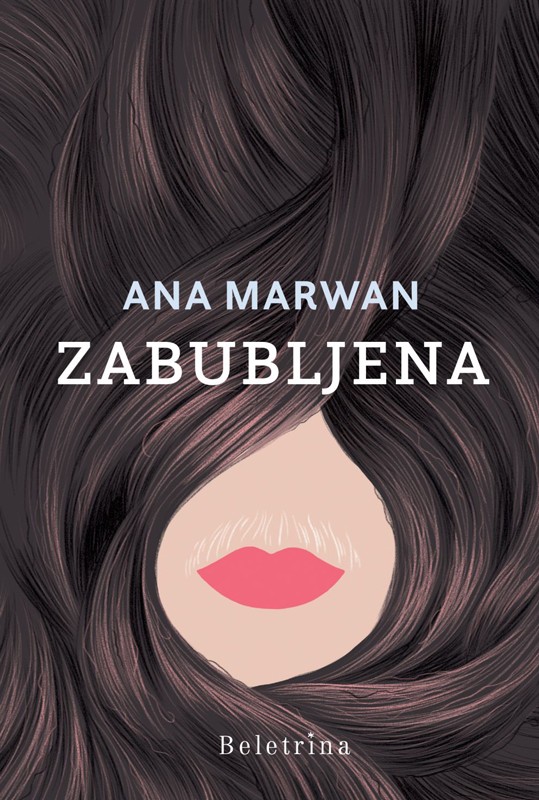 The novel Cocooned by Ana Marwan is not a work that can be read in an entranced state and then reflected upon in the same entranced manner. Every time it stops, it also shifts. Counterpoint stylistically frames the structure of the novel and determines its pace, which makes it impossible to dwell on any of the narrative lines for too long. Cocooned is more than just an experiment in the form of a novel – in Slovenian literature, it is a confirmation that the novel is, despite everything, primarily a protean form, undefined or constantly defining itself.

The loudest voice in the novel is Rita, a young girl at the peak of puberty who is metaphorically cocooned – a pupa that is becoming an adult butterfly. One characteristic of a pupa is, however, that it hides under layers of material, which also applies to Rita. Therefore, the novel first introduces Jež, a middle-aged professor, whose daily life is disrupted by the revelation of his wife’s infidelity, and redemption is manifested precisely in Rita, the daughter of one of his friends, who eventually transforms into a storyteller, and then into a creative force behind Jež himself. Here, in addition to Rita’s subjective statements about her appearance, the fact that a light moustache grows above her lips is emphasized, as if it was some kind of sensor through which she focuses on the world.

If being cocooned can be an analogy for the process of adolescence, an apt paradox is emerging between Rita growing up and Rita thinking about herself. The one who is supposedly growing up has far too elaborated opinions on topics such as success, interpersonal and partner relationships, the position of women in the modern capitalist world, and especially the attitude of this world to art and idleness. Instead of coming across as artificial, the dichotomy gives the text a temporal depth, as it raises the question of whether being cocooned is really just growing up or it can be any moment that comes before the decisive one. With each digression into childishness and naivety, the narrator crashes into fundamental questions about the world around her, the most intriguing of which is the very question of what art means in the modern world.

Rita once remarks whether cats know we are playing with them when we play with them, and one could similarly paraphrase what is happening in the novel. The character of Jež appears at the beginning of the novel and then again towards the end, but that is already another Jež that has little in common with the one from the beginning. The question of reality is suspended, replaced by the question of who controls the discourse. In Cocooned, it is controlled by Rita, leading constantly to new narrative levels with which Rita reveals herself and hides again. The narrator is thus in the role of a human, and the reader in the role of a cat – but with exposing this relationship, the illusion of the game is also shattered, like when someone exposes a bluff in a card game.

This indicates the clear possibility that Rita’s narration is mainly a bluff and not so much a way through which, as a young person, she wants to clarify the world. Rather than clarifying reality, which, as previously noted, really only exists through the control of discourse, it leads to further alienation due to constricting norms which seem to be dominated by patriarchy in particular, imposing what Rita should be as an adult upper-middle-class woman: like Mrs. Klammer, for example, she should be shallow and passive, the height of her self-actualization being a series of opulent parties for an arbitrarily determined group of people from the (high) society, which should have the aura of the elite, but would primarily serve particular subjective interests. Such a group has no interest in deeper emotions and higher ambitions – by putting herself in a mental hospital, where she has extensive and cynical debates with a psychiatrist about her many illnesses and symptoms, Rita is actually mocking the typical 20th-century scene: the hysterical woman on the couch, the entranced psychoanalyst next to her. Since Rita is the one directing the discourse, it is not her psychiatrist Puhar who will win, but her: he is exposed as a self-absorbed, backward man who is still convinced that the meaning of life arises from following a vocation – for women, this is only in the context of a partnership and children.

Content bluffing is also supported by stylistic counterpoint, which brings it closer not only to noble postmodernism, but also to postmodernity. In expanding the various narrative levels, the dominant style and voice remain that of the narrator, who is meanwhile still developing. The counterpoint emerges at the intersection of describing the world, especially the behaviour of the characters (Mrs. Klammer, Jež in all appearances, Rita’s peer Anja), and commenting on this behaviour and its interpretation, which is often cynical. In doing so, various Slovenian proverbs and sentences are often adapted not only from folk culture, but also from commercials and the Internet. Counterpointing is not about demonstrating mastery of language, but about revealing the metaphorical-metonymic layers through which language can work – instead of the author, the language itself is in the foreground, which the author merely illuminates.

The novel Cocooned is a polemical text due to its strong and at the same time underlying social criticism, as it condemns a certain type of (petty) bourgeoisie. By handing over the narrative to a doubly marked individual (through gender and through personal aspirations), the novel offers a challenging alternative to male narration, exposing it as limited. Above all, the novel Cocooned is a text that is not aimed at a certain type of readership, nor at common values, but rather encourages individual experiences through an individualized character.